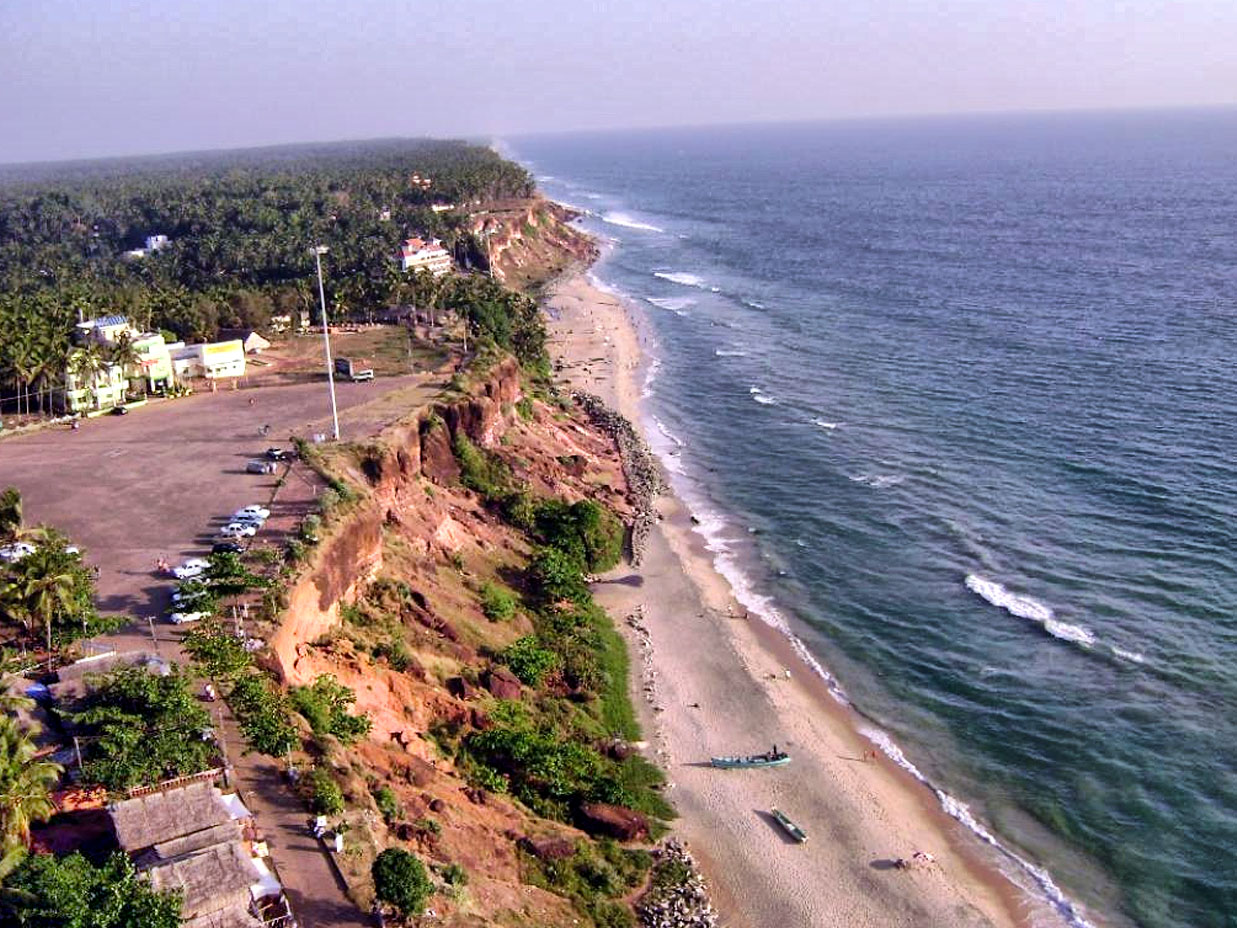 A high rocky cliff ends abruptly and a stretch of clear sand extends down to the sea. The contrast between the cliffs, sand and sea makes Varkala Beach a striking sight.

The Varkala Beach is also called Papanasam Beach because it is believed that bathing here will wash away all of one’s sins. The Sree Janardhana Swamy Temple nearby is believed to be between 800 – 2000 years old.

Thousands of pilgrims come to Varkala Beach to pray and offer ‘ Vavu bali ‘ , in honour of their relatives who have departed from this world.

A nature cure center located near Varkala Beach is another popular attraction that you can visit on Kerala tours with Kerala Backwater.